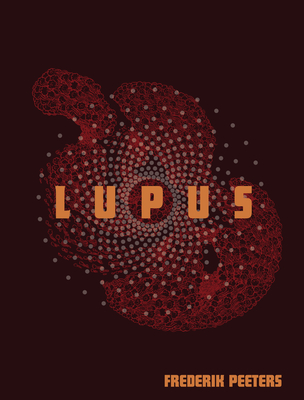 By Frederik Peeters
$33.59
Not Available

Lupus Lablennorre is a man on the run. Like a cosmic Odysseus, he wanders from planet to planet, haunted by his past and orbiting around a woman.

It starts as a fishing trip with his old pal, Tony. Their friendship has started to feel different lately, and not just because of the drugs. Picking up Sanaa, a beautiful runaway, only complicates the situation. When tragedy strikes, they're forced to flee to new worlds, each offering many ways to disappear. But Lupus will find that the tendrils of friendship, love, and family are not so easily severed.

Armed with astonishingly expressive brushwork and a dreamy, intimate narrative, Frederik Peeters drifts on the solar winds to a new understanding of memory, guilt, isolation, and connection.

Frédérik Peeters is a Swiss graphic novelist. Born in 1974 in Geneva, he studied visual communication at the École Supérieure d'Arts Appliqués. His graphic memoir Blue Pills (2001), about falling in love with a woman with HIV, received the Polish Jury Prize at the Angoulême International Comics Festival, where it was also nominated for Best Graphic Novel. Blue Pills also won Spain's Premio de La Cárcel de Papel and Switzerland's Rodolphe Töpffer Prize, and was adapted for French television by filmmaker Pierre Oscar Lévy. His other graphic novels include Sandcastle (the inspiration for M. Night Shyamalan's 2021 film Old) with Pierre Oscar Levy, Pachyderme (nominated for the Grand Prix at the 2010 Angoulême Festival), RG (a 2008 Angoulême Essential), Koma, and the award-winning science-fiction series Aâma.

"Peeters examines the complexity of human relationships—among friends, lovers, parents and their children—in this moving and unpredictable sf epic... Peeters is a compositional genius, utilizing stunning swaths of negative space and thick fields of inky darkness that imbue nearly every panel on every page of this volume with dynamism and pathos." — Tom Batten, Library Journal (starred review)

"Peeters explores the drive to lose one’s self in something larger, and renders Lupus’s obliteration as terrifyingly dark as it is extravagantly beautiful. The result is a melancholic/psychedelic triumph of graphic fiction." — Publishers Weekly

“Frederik Peeters is without a doubt one of the leading auteurs of his generation. While Lupus contains all the elements of the sci-fi genre, this master of subtlety, tone, and composition gives us an introspective tour of the palette of human relations... a true must-read of graphic novels.” — Canal BD

“Magnificent… Peeters treats us with a touching story of love and humanity, crafted with the skill of a jeweler.” — Jean-Louis Musy, Kiblind

“A science fiction story that dismantles the flat conventions of the genre, using its creative possibilities to draw a lucid and eloquent meditation on the challenges of growing older and the fundamental disorientation of a human being confronting infinity.” — Juan Manuel Díaz de Guereñu, University of Deusto

"A beautifully realized comic-epic-romance... Its easy juxtapositions of the mundane and the spectacular are genuinely moving and the completion of the story is wonderfully satisfying. This is both a well-crafted page-turner and a book that rewards multiple re-readings. Does that make it a masterpiece? I suppose it probably does.” — Bart Beaty, The Comics Reporter