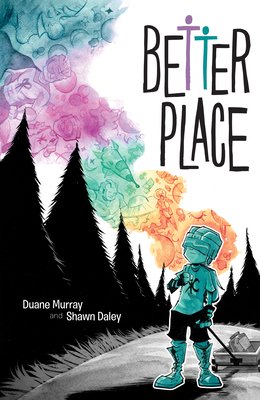 This sidekick misses his superhero... After hearing that his grandfather has gone to a "better place", a boy sets off on a grand adventure to find him, dressed as his favourite comic book character.

Dylan just moved to a new house, with no friends, and a mother who doesn't have time for him. Luckily, he has his grandad. Together, they are Red Rocket and Kid Cosmo, who save the universe every day with the power of imagination! But one day, Dylan learns that his grandad is suddenly gone... to a "better place." Now, Kid Cosmo will have to save the day, all by himself.

Duane Murray is a writer, actor, and producer who currently lives in Hamilton (Toronto's Brooklyn!) with his wife, daughter and cat. He has script consulted and coached actors on several projects for studios and streamers including Warner Brothers, Dreamworks, HBO and Netflix. He’s produced several award winning films, including his latest feature Red Rover, which he both co-wrote and produced. As an actor, he has appeared in several film, TV, and stage productions, including the Academy Award-winning Best Picture Spotlight. He’s also the voice of a well-known Canadian bank mascot-penguin. No, seriously. Better Place is his first graphic novel.

Shawn Daley is a Ringo Award-nominated cartoonist and chiptunist from Toronto. Studying audio production and working a number of years in the recording industry, he began to focus on telling stories through comics in 2015 with his debut, TerraQuill Collected. His other published works include Samurai Grandpa and The Bridgebuilder’s Creed.