The Bend of Luck (Paperback) 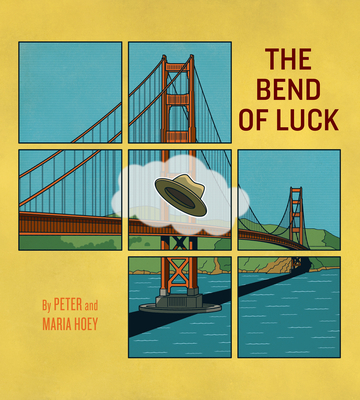 Some guys have all the luck… but not all luck is good. The award-winning duo behind Coin-Op Comics return with a mind-bending tale of fortune and family.

Imagine a world where Luck, the most ephemeral of ideas, has a physical form. Precious stones of luck, mined like gold, are worn as bringers of fortune. But luck breaks both ways. While the blue gems may grant advantage to those who wear them, their blessing is fickle and unpredictable. In the blink of an eye, good luck can turn to bad. We follow the life of a man who comes into possession of some powerful stones — but the success enjoyed by the father goes awry when he tries to pass this luck onto his son. In alternating scenes between the two generations, The Bend of Luck follows felicity's course, like an arrow, through a family's destiny.

Brother and sister artists Peter and Maria Hoey live on opposite coasts but work closely together. Trading drawings back and forth from their studios in Northern California and New York. The Hoeys began writing and drawing comics in Blab! Magazine in the late 1990s, then launched their self-published comic book series, Coin-Op, in 2008. Their 2018 Comics Anthology, published by Top Shelf, earned a starred review from Publisher’s Weekly. Their self-published comics have been nominated twice for Eisner Awards. Animal Stories, their first full-length graphic novel, will be published by Top Shelf in December 2021, followed by The Bend of Luck in August 2022.