Escape from Archangel: An American Merchant Seaman at War (Paperback) 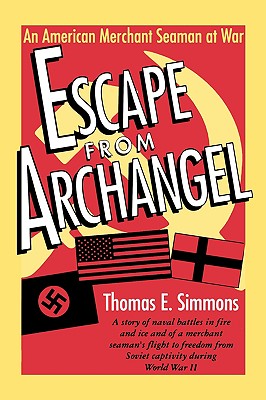 During World War II, merchant marine tankers in convoys plied the frozen North Atlantic through the flaming wreckage of torpedoed ships. Working to keep see lanes open, valiant merchant seamen supplied food, fuel, and goods to the Allies in the last pockets of European resistance to the Nazis.

This exciting book acknowledges that the merchant marines, all volunteers, are among the unsung heroes of the war. One of these was Jac Smith, an ordinary seamen on the Cedar Creek, a new civilian tanker lend-leases to the U.S.S.R. and in the merchantman convoy running from Scotland to Murmansk. Smith's riveting adventures at see and in the frozen taigas and tundra are a story of valor that underlines the essential role of merchant marines in the war against the Axis powers.

This gripping narrative tell's of a cruel blow that fate dealt Smith when, after volunteering to serve on the tanker headed for Murmansk, he was arrested and interned in a Soviet work camp near Arkhangelsk.