Disorientation: Being Black in the World (Hardcover) 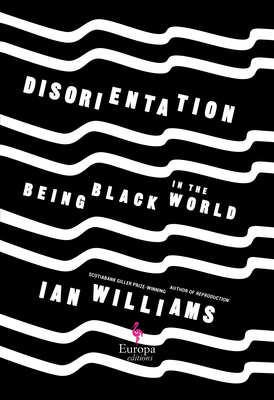 Bestselling Scotiabank Giller Award-winning writer Ian Williams brings a fresh point of view and new insights to the urgent conversation on race and racism in these illuminating essays born from his own experience as a Black man in the world.

With that one eloquent word, disorientation, Ian Williams captures the impact of racial encounters on racialized people--the whiplash of race that occurs while minding one's own business. Sometimes the consequences are only irritating, but sometimes they are deadly. Spurred by the police killings and street protests of 2020, Williams offers a perspective that is distinct from that of U.S. writers addressing similar themes. Williams has lived in Trinidad (where he was never the only Black person in the room), in Canada (where he often was), and in the United States (where as a Black man from the Caribbean, he was a different kind of "only"). He brings these formative experiences fruitfully to bear on his theme in Disorientation.

Inspired by the essays of James Baldwin, in which the personal becomes the gateway to larger ideas, Williams explores such matters as the unmistakable moment when a child realizes they are Black; the ten characteristics of institutional whiteness; how friendship forms a bulwark against being a target of racism; the meaning and uses of a Black person's smile; and blame culture--or how do we make meaningful change when no one feels responsible for the systemic structures of the past.

Disorientation is a book for all readers who believe that civil conversation on even the most charged subjects is possible. Employing his vast and astonishing gift for language, Ian Williams gives readers an open, honest, and personal perspective on an undeniably important subject.

"Disorientation is so honest, vulnerable, courageous and funny that it left me dying to sit down over a long coffee with Ian Williams. Make that two lattes, and I'm buying "--Lawrence Hill, author of The Book of Negroes