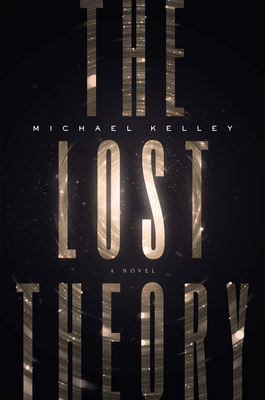 By Michael Kelley
$29.06
Not Available

Embark on a thrilling international quest to unlock the mysteries of the universe. Sean McQueen is a staid, middle-aged NYU literature professor leading an uneventful life, until he receives a cryptic letter from his intellectually and poetically gifted best friend, Dylan Byrne. Following years of extensive research, Dylan claims that he has discovered "the theory of everything" a revelation that promises to alter man's view of existence by reconciling science with spirituality. The two men arrange a meeting to discuss the paradigm-shifting theory, but after Dylan never shows, Sean discovers his friend has died under mysterious circumstances and the theory has gone missing. Sean teams up with Dylan's scientific collaborator, quantum cosmologist Emily Edens, to find the lost theory. Together they embark on the adventure of a lifetime--traveling from the busy streets of New York City to the mystical corners of Kathmandu where Dylan realized his groundbreaking theory. On their quest, they encounter extraordinary allies and fearsome adversaries, including a covert government operative code-named "Guru," who is hell-bent on finding the theory first and preventing Sean and Emily from sharing it with the world. ​ The Lost Theory is an exhilarating adventure of self-discovery, full of magical realism, mystery, and romance, all wrapped up in a story overflowing with wit, intrigue, and a sense of ultimate redemption.

MICHAEL KELLEY is a former lawyer who, prior to pursuing his passion for writing, built an international business on Wall Street before founding his own investment management firm. His love of literature and creative writing began during his years at the University of Pennsylvania. Michael currently lives in New York with his wife and daughter. After years leading a busy life in the city, he now spends the majority of his time in the peaceful woods of Dutchess County where he enjoys meditation, yoga, wine, reading, and hiking, all of which inspire his writing. His debut novel is The Lost Theory.