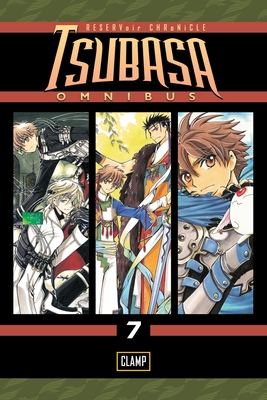 This is book number 7 in the Tsubasa Omnibus series.

After the dangerous chess competition, Princess Sakura takes it upon herself to alter the future by leaving her companions behind. As a result, her body and soul are separated. To go after her, the travelers have to decide what they can afford to pay the witch, and Fai’s past comes out. As his lies are revealed, Fai’s curse comes back to haunt him—one that threatens everyone’s lives if he can’t find a way to escape it.

CLAMP is a prolific collective of four female artists who have become the most popular manga creators in the United States. From their debut U.S. work X to their most popular series Chobits, CLAMP has been creating unique and immersive worlds for several years.