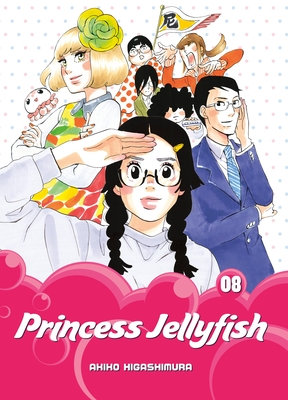 By Akiko Higashimura
$19.99
Not Available

This is book number 8 in the Princess Jellyfish series.

The hit Tokyo geek manga that became the hilarious anime!

As this modern fairy tale of otaku girls bum-rushing the fashion industry hits its penultimate volume, Kuranosuke charges onwards for Tsukimi's retrieval mission! Hanamori-san also makes his way to Singapore, for less noble reasons, but the biggest showstopper is Shu, who decides to propose...for real this time! Meanwhile, the Jelly Fish line may not be dead yet, but who's crazy enough to take its reins?

One of Japan's most popular author of manga for women, Akiko Higashimura is the author of more than a dozen series including hits Kakukaku Shikajika and Mama Wa Temparist. After its adaptation into a popular anime and live-action film, Princess Jellyfish is her first work to be released in English, making her one of the Japanese manga world's best-kept secrets.