Land of the Lustrous 11 (Paperback) 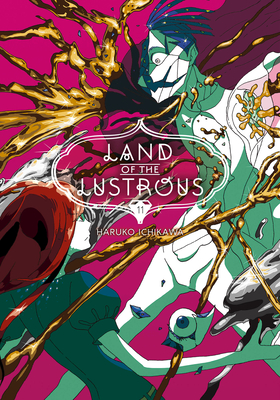 An elegant new action manga, Land of the Lustrous is set in a far future Earth, where humanity's distant descendants live on in a small group of sexless crystalline beings who must fight off an invasion from the Moon.

Two hundred years after a failed attack on the Lustrous, Phosphophyllite is reassembled and tries again to get Kongō to pray for the Lunarians. This attempt seems likely to succeed, and the Lunarians prepare to depart to nothingness, while the gemstones on the moon prepare to be left behind. Meanwhile, Euclase is awakened by the commotion between Phos and Kongō…

Haruko Ichikawa is a prolific and acclaimed creator of graphic short stories and manga series. Land of the Lustrous is her first manga released in English.