Love is an Illusion! Vol. 1 (Paperback) 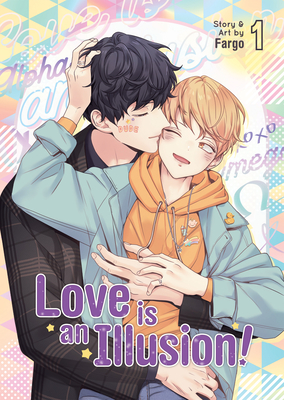 This is book number 1 in the Love is an Illusion! series.

The hit Boys' Love omegaverse webtoon from Lezhin is now in print! In this Mature-rated romcom, a man who thinks he's an Alpha finds out that he isn't...when he gets up close and personal with an Alpha who sees through him.

Hye-sung spent his entire life believing he was an alpha, the jackpot of the genetic lottery. His world is flipped upside down when he learns that he isn’t a dominating alpha, but a submissive omega instead! His frustration redlines whenever he crosses paths with the handsome Dojin, a true alpha. Supposedly, Dojin can’t stand omegas, but sparks fly when he butts heads with Hye-sung, and their explosive arguments set off an unexpectedly spicy relationship. Is their sizzling chemistry truly just pheromones?!

Take a step into the omegaverse with this fiery Boys’ Love manhwa webtoon! This global digital hit is coming to print at last in deluxe English-language paperbacks, featuring the black-and-white comic with beautiful color inserts.

Fargo is a manhwa/webtoon creator from Korea best known for Love is an Illusion and If You Hate Me So.