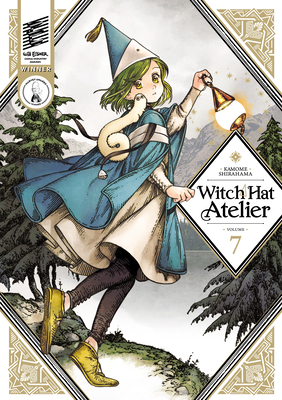 By Kamone Shirahama
$12.99
Not Available

This is book number 7 in the Witch Hat Atelier series.

A beautifully-illustrated story about a girl who longs for magic in her life and learns that, on the inside, she already is what she wishes she could be. Reminiscent of Studio Ghibli, this lushly-drawn story was voted one of the top 10 manga of the year in 2018 by the Japanese manga industry.

THE PRICE OF KNOWLEDGE

As the new trial comes to an end, one of Coco's rewards from Beldaruit the Wise is the story of Qifrey's past and how he came to desire the mysteries of magic. Feeling a connection with her own desire to save her mother, Coco departs for the source of all answers: the Tower of Tomes. But it is a perilous journey to make on her own, and the secrets held within could sway even the most virtuous of witches...

Kamome Shirahama is best known in the United States for her comics cover art at DC and Marvel, including such titles as Star Wars: Doctor Aphra and Batgirl and the Birds of Prey. Witch Hat Atelier is her first manga to be released in English.