Knight of the Ice 9 (Paperback) 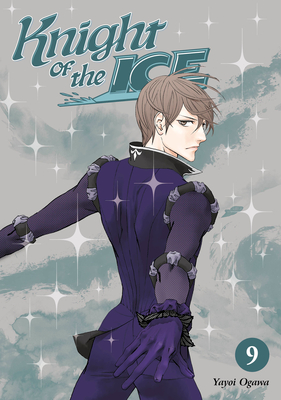 A rom-com manga on ice, perfect for fans of Princess Jellyfish and Wotakoi. Kokoro is the talk of the figure-skating world, winning trophies and hearts. But little do they know... he's actually a huge nerd! From the beloved creator of You're My Pet (Tramps Like Us).

At long last, the time has come for the Japanese National Figure Skating Championships. As Kokoro gets ready to take the ice, he finally starts to realize what it is he’s skating for as he agonizes over his relationships with Chitose and his father. But resolve alone may not be enough to win against the stiff competition that awaits him—such as Fuuta, who makes winning seem easy, or Taiga and Raito, who each have something important riding on their own victories. Will Kokoro be able to make the podium at Nationals and secure his spot in the Olympics? Meanwhile, Chitose may not be able to hide her heart condition from him much longer...

Yayoi Ogawa is a manga artist from Kanagawa, Japan. Knight of the Ice is her second series to be published in English after cult classic You're My Pet (originally published under the title Tramps Like Us), which was a 2003 Kodansha Manga Award winner.