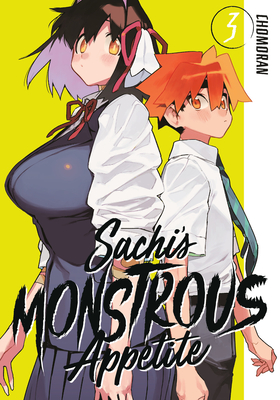 Despite having to fight against the occasional menacing watari, Makie and Sachi are able to continue in their lovey-dovey ways. But as their bond grows stronger, the watari they’ve been fighting grow stronger, too. So far, Sachi has been able to protect Makie with relative ease, but things start to shift when a terrifying behemoth appears before Makie during his school’s Cultural Festival. Will this new threat spell doom for Makie and Sachi? And what’s the truth behind Makie’s unique scent that attracts such dangerous watari?

An RPG fan and aspiring illustrator as a child, Chomoran became a professional manga artist after years of creating fan zines. His debut was a four-volume manga spinoff of the Zaregoto series by NISIOISIN (Bakemonogatari). Sachi's Monstrous Appetite is his first manga to be published in English.