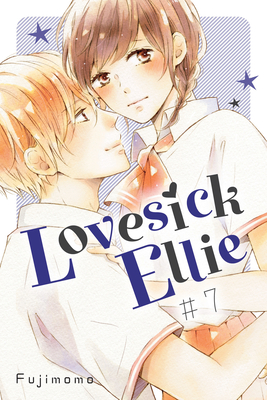 This is book number 7 in the Lovesick Ellie series.

The outrageous shojo comedy finally comes to print! A boy and a girl come to share each other's secrets: She remixes her real life and fantasies into a pervy Twitter feed, and he's selfish and manipulative on the inside. The relationship (?) that results is explosive and hilarious, perfect for fans of Kiss Him, Not Me!, Horimiya, and Wotakoi!

#LovesickKaname
Twitter afficionado Ellie and school heartthrob Ohmi have come a long way--they're finally officially dating. However, when Ellie's phone is confiscated, she finds a sudden new acquaintance in her detention partner, Kaname. He asks to be her friend, but at their first hangout with Ohmi, Ellie gets into an argument with her jealous boyfriend... This awakens newfound feelings in Kaname, who tells her something she never thought she'd hear...?!

Fujimomo is a popular creator of shojo manga, including the popular Lovesick Ellie, which is her English-language debut, available in print and digital from Kodansha Comics.