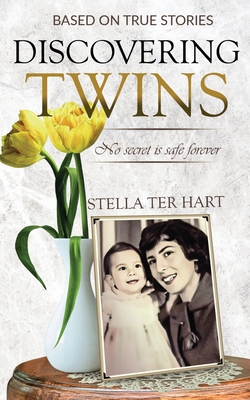 My mother carried secrets and covered them with lies. She didn't mean to. They were forced upon her. Terrified her lies would be discovered, she buried them deeper and deeper, driving them further and further away. But little by little, her secrets gradually unravelled and become part of my existence. At the end of her life, with Alzheimer's overtaking her mind, they resurfaced with a vengeance.

A first glimpse into my mother's past came in the summer of 1978. She and I travel from Estevan, Saskatchewan, where I was born, to Amsterdam, Holland, the country of her birth. There I am introduced to relatives I never knew existed. Picking up on subtle clues, I realize that my mother's background is Jewish. Dutch Jewish. Holocaust Jewish. She - unable to speak of it, and I - forbidden to bring it up.

After my mother died, I felt a freedom-coupled with an urging and obligation-to expose the past. What I uncovered was staggering and shocking. Based on true stories, DISCOVERING TWINS uses historical fiction to bring lost family members to life, and memoir to trace this intricate, moving journey of discovery. No secret is safe forever.