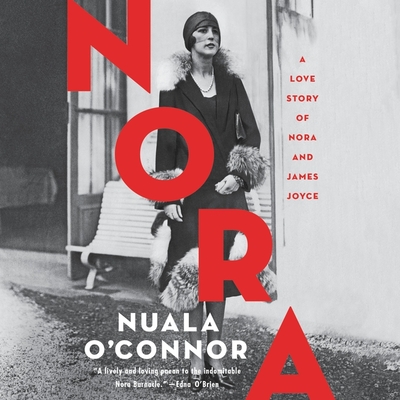 Acclaimed Irish novelist Nuala O'Connor's bold reimagining of the life of James Joyce's wife, muse, and the model for Molly Bloom in Ulysses is a "lively and loving paean to the indomitable Nora Barnacle" (Edna O'Brien).

Dublin, 1904. Nora Joseph Barnacle is a twenty-year-old from Galway working as a maid at Finn's Hotel. She enjoys the liveliness of her adopted city and on June 16--Bloomsday--her life is changed when she meets Dubliner James Joyce, a fateful encounter that turns into a lifelong love. Despite his hesitation to marry, Nora follows Joyce in pursuit of a life beyond Ireland, and they surround themselves with a buoyant group of friends that grows to include Samuel Beckett, Peggy Guggenheim, and Sylvia Beach.

But as their life unfolds, Nora finds herself in conflict between their intense desire for each other and the constant anxiety of living in poverty throughout Europe. She desperately wants literary success for Jim, believing in his singular gift and knowing that he thrives on being the toast of the town, and it eventually provides her with a security long lacking in her life and his work. So even when Jim writes, drinks, and gambles his way to literary acclaim, Nora provides unflinching support and inspiration, but at a cost to her own happiness and that of their children.

With gorgeous and emotionally resonant prose, Nora is a heartfelt portrayal of love, ambition, and the quiet power of an ordinary woman who was, in fact, extraordinary.