They're at It Again: Stories of Twenty Years of Open City (Paperback) 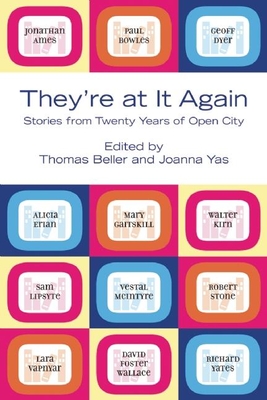 This anthology features the best stories from the first twenty years of Open City magazine, including works by an array of debut and established writers. Featured pieces are: Uncertain Times, the beginning of an unfinished work by Richard Yates, a fictional account of his time as a speech writer for Robert Kennedy; The Egg Man by Scott Smith (author of A Simple Plan); High Wire by Robert Stone; Eurotrash by Irvine Welsh, which was his debut publication in the US and has since not appeared in any other publication; 17 Quai Voltaire, an essay by Paul Bowles that has also not appeared elsewhere. Other featured writers whose stories marked their debut publications are: Sam Lipsyte, Vestal McIntyre, Lara Vapnyar, and Martha McPhee. Other highlights: stories by Mary Gaitskill, A. M. Homes, Bruce Jay Friedman, Jonathan Ames, and Christopher Sorrentino.