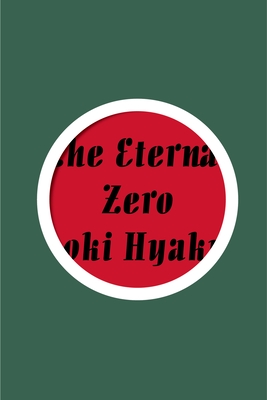 By Naoki Hyakuta
$27.94
Not Available

Your grandfather was a coward.

That is the angry recollection with which a former Zero fighter pilot greets two Japanese siblings who, typically, despite being educated, know next to nothing about a defining war in the Pacific that took place within living memory. The testimony rattles and confuses aspiring lawyer Kentaro and newly minted journalist Keiko since virtually the only fact they’ve grown up hearing about Kyuzo Miyabe is that he died a kamikaze. When the young pair digs deeper into the man’s past, other surviving comrades only seem to confirm the verdict, but its very import begins to shift in surprising ways.

In addition to providing a window into the experiences of the losing side’s flyboys and a frank look at contemporary Japan’s amnesia regarding the war, this novel also undertakes a blistering critique of the folly and inhumanity of the Imperial Navy and Army and a nuanced exploration of the differences between kamikaze pilots and today’s suicide bombers. At its core, however, it is a mystery of sorts about a long-dead man’s actions and intentions and a reconfiguration of the meaning of wartime loyalty and sacrifice.

A debut novel that was published when the author was fifty, The Eternal Zero has become Japan’s all-time top-selling mass-market paperback and the basis of a blockbuster film of the same name.

Naoki Hyakuta is a veteran author and screen writer. Born in 1956 in the southern Japanese city of Osaka, Hyakuta is a product of Doshisha University. While still studying at Doshisha, he made his acting debut for the TV series "Love Attack". And upon entering the media industry, he would leave college to begin his writing career for the TV series "Detective: Night Scoop!", which he would continue to work on for twenty-five years. Hyakuta would turn his attention to prose in 2006; eventually picking up the Eiji Yoshikawa Award fo New Literature in 2009.

His Eternal Zero was a regional sensation, selling millions of units, immediately propelling Hyakuta to fame.

“On the surface, Naoki Hyakuta’s novel presents an intriguing mystery as two modern-day siblings try to uncover the character and circumstances of the death of their grandfather, who died as a kamikaze pilot… The novel brings humanity to the often faceless “enemy” in the realistic characters of the old soldiers who approach their past experiences in different ways.” —World Literature Today