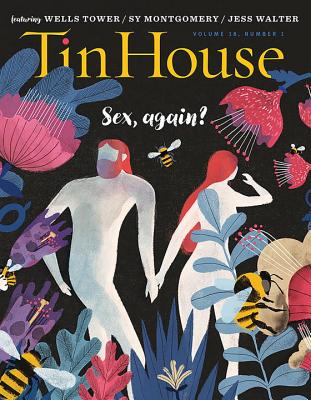 This is book number 69 in the Tin House Magazine series.

Sex, Again? Didn’t we just go there? Well, actually it has been twelve years since Tin House had sex, or an issue with sex, that is, a sex issue. I think you get what we’re after.

Featuring fiction, nonfiction, and poetry from established writers and new voices, Issue 69 will try hard to keep it exciting and fresh, even after all these years.

Tin House is an invaluable repository of fine American writing and American fiction, presented in a crisp and entertaining visual format.
— Stephen King

Tin House magazine is a port in the storm for people who love language. It is unfailingly excellent, and committed to publishing new voices in addition to delivering freaky-fresh work from established writers.
— Karen Russell