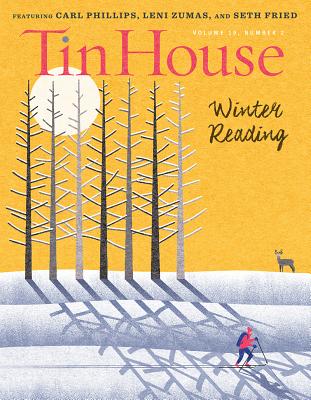 Tin House 74: Winter Reading offers the best of both New Voices and established favorites in fiction, nonfiction, and poetry.

Featuring fiction, nonfiction, and poetry from established writers and new voices, Issue 74 will keep you warm on a cold night.