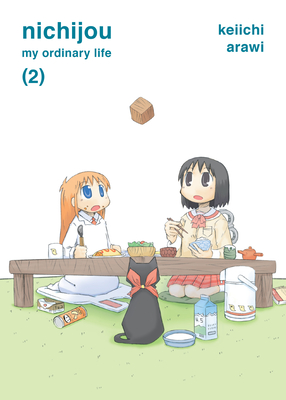 This is book number 2 in the Nichijou series.

Yuuko tries a string of puns that goes very far off the rails. Misato pulls out the big guns when dealing with the maddeningly level-headed Sasahara. The professor adopts a surprisingly chatty cat, and a dog shows up at the right time to lend a paw.

His short Nichijou won Kadokawa's 22nd ACE Award for New Artists and by November 2006 Nichijou was regularly serialized in Kadokawa's flagship magazine Shonen Ace. Nichijou has since then sold more than a million copies and has seen cartoon and video game adaptations.

It was also selected by Guillermo del Toro as one of the top comics out of Japan today for Asahi News' SUGOI Japan project.