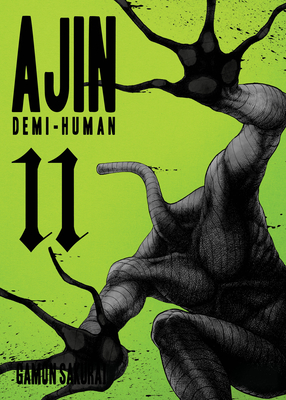 This is book number 11 in the Demi-Human series.

Under duress, the Ministry of Welfare, which has been abusing demi-humans, is ready to negotiate with them. Yet Sato can't resist giving the screw another turn.

"One would think that the awakening of supernatural powers would lead to an ordinary kid becoming a beloved superhero. After all, this is what the world of Marvel, DC comics, and even manga & anime has showcased for everyone. But what if the opposite happened? [...] Ajin: Demi-Human is a tale that will push readers to look at their own society." -Boston Bastard Brigade