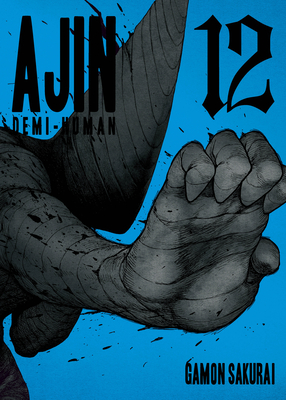 This is book number 12 in the Demi-Human series.

For his ultimate "wave" Sato has taken on Iruma Base, the hardest of hard targets, while the Prime Minister is onsite. The unexpected grit of Japan's Self-Defense Forces delights him to no end. Having fallen out with his right-hand man Tanaka, however, may come back to bite the jolly ex-marine.

Horrifying circumstances and gut-wrenching scenes make the concept of immortality one less desired and AJIN: DEMI-HUMAN worth a read... Itís a serious look into the depravity of humans, raising issues of discrimination, human rights, and human experimentation. -ComicsVerse