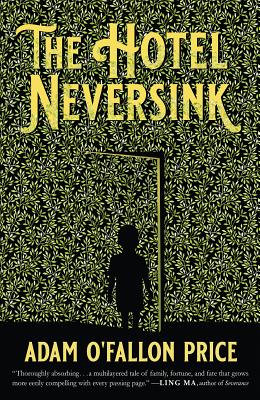 "A gripping, atmospheric, heart-breaking, almost-ghost story. Not since Stephen King's Overlook has a hotel hiding a secret been brought to such vivid life." —Lydia Kiesling, author of The Golden State

Thirty-one years after workers first broke ground, the magnificent Hotel Neversink in the Catskills finally opens to the public. Then a young boy disappears.

This mysterious vanishing—and the ones that follow—will brand the lives of three generations. At the root of it all is Asher Sikorsky, the ambitious and ruthless patriarch whose purchase of the hotel in 1931 set a haunting legacy into motion. His daughter Jeanie sees the Hotel Neversink into its most lucrative era, but also its darkest. Decades later, Asher's grandchildren grapple with the family’s heritage in their own ways: Len fights to keep the failing, dilapidated hotel alive, and Alice sets out to finally uncover the murderer’s identity.

Told by an unforgettable chorus of Sikorsky family members—a matriarch, a hotel maid, a traveling comedian, the hotel detective, and many others—The Hotel Neversink is the gripping portrait of a Jewish family in the Catskills over the course of a century. With an unerring eye and with prose both comic and tragic, Adam O’Fallon-Price details one man’s struggle for greatness, no matter the cost, and a long-held family secret that threatens to undo it all.

Adam O'Fallon Price received his MFA at Cornell University. His work has been published in The Paris Review, Vice, The Iowa Review, Glimmer Train, and elsewhere. His first novel The Grand Tour was published in 2016. He lives in Chapel Hill, North Carolina.

The storytelling structure that Price has constructed will leave the reader slackjawed and eager to reread.
— Booklist (Starred Review)

Told by a cast of family members that spans generations, this is a family saga with a mystery at its heart and a Doctorow-like take on the rise and fall of a particular era of American life and the American dream. Price (The Grand Tour) has written a compelling chronicle of grand dreams and dark secrets.

A gripping, atmospheric, heart-breaking, almost-ghost story. Not since Stephen King's Overlook has a hotel hiding a secret been brought to such vivid life.
— Lydia Kiesling, author of THE GOLDEN STATE

Thoroughly absorbing... Spanning almost a century, The Hotel Neversink is a multi-layered tale of family, fortune, and fate that grows eerily compelling with every passing page.

The Hotel Neversink is an astounding literary feat—a murder mystery, a ghost story, a century-spanning family history, and a standup routine all in one, with dramatic variety to rival any Catskills floor show. Adam O’Fallon Price writes with the blackly comic energy of Philip Roth or Lorrie Moore, packing ten novels’ worth of narrative into this compact knish of a book. I wolfed it down in a couple of bites.

Adam O’Fallon Price’s The Hotel Neversink, like its namesake, contains many rooms: behind this door, a tragic family saga; behind that one, a comic love story.  And behind it all a mystery that keeps you guessing until the very end. Book your stay soon.