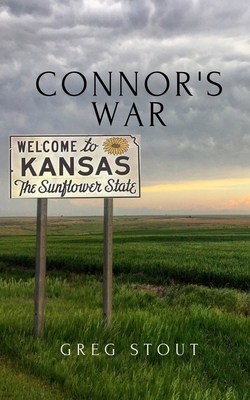 Connor Ward is a normal fifteen-going-on sixteen-year-old boy, living in Fresno, California. However, his life is anything but normal because he is a "Navy brat," meaning that both his parents are officers in the United States Navy. His mother is a medical doctor, and his father pilots F4 Phantom jets on combat missions during the height of the Vietnam war. Despite the many moves that go along with being part of a military family, Connor hopes that California will be the last stop, at least long enough for him to finish high school and maybe make some lasting friends. But those dreams go up in smoke on the day his father's plane is shot down over enemy territory, and his mother is reassigned to a military hospital in Japan. And so, instead of spending his last vacation before high school at home in California, he is shipped off to live with his ailing grandfather in Goldenrod, Kansas. What follows is a summer like he never expected-and that he will never forget-as he quickly becomes the number-one target of the town bully, the star pitcher on the local baseball team, and the new best friend of an outgoing girl named Mal, who has a story she wants Connor to hear. Meantime, there are questions: will his grandfather recover from his sickness? Did his father survive when his plane was lost, and is he now a POW? Will he ever get back home again, or will his mother be permanently assigned to the hospital in Japan? And what will happen between Connor and Mal as their relationship grows steadily stronger? During his time in Goldenrod, Connor learns a number of lessons about the things that are important in every person's life, including duty, honor, love, loss and facing one's fears. And in the end, he is a much different person from the one we meet at the beginning of the story.