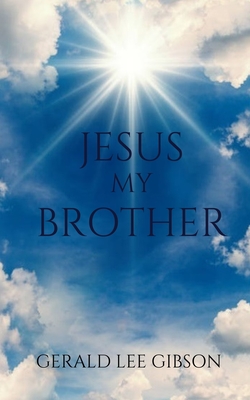 Jesus, My Brother, is a story that covers the hidden years of Jesus. Perfect in the spiritual sense, he might appear imperfect in the human sense. He is a normal youth. His views, for his time, are heretical but familiar to the student of the Bible. Mary remains a virgin, and like Jesus is perfect. Jesus is the only child born to Mary and Joseph, while the remainder of her children, mostly cousins, have been adopted. Her husband Joseph, on the other hand, who loves his mug of wine, is quite imperfect. His other four sons, especially Jude, also have their share of sins. Jude notes Jesus' divinity but also his humanity. As the youngest son, he is the most incorrigible of Jesus' brothers and yet is, like Jesus, also touched by God. He is blessed with an almost perfect memory, which will serve him later as a disciple and chronicler of Jesus' life.

Jesus' resurrection of a dead sparrow opens the floodgates of the knowledge of his powers and growing awareness of who he is. On the day Jesus performed his first miracle by bringing a dead sparrow back to life, the truth of his divinity, kept secret for so long, flew heavenward on the wings of that tiny bird. Following the miracles' impact upon his family, is Jude's account of Jesus' childhood and his own adventures in the hills of Nazareth with friends Michael, Uriah, and Nehemiah. His encounters with the Romans guarding his town make him bored with his childhood. Already the conflict has been instilled in Jude between his tradition and Rome. His mischievous friend Michael introduces him into temptations of daring-do and treasure-hunting, always counterbalanced by Jesus, his oldest brother's, counsel of temperance, which only makes Jude rebel that much more. Jude's discovery of the folk his people call the Evil Ones and the impact of this discovery upon his family is but one of the many exploits tempting him away from convention, and yet Jude is drawn gradually, by Jesus in word and deed, into awareness of just who his oldest brother might be.

Jesus, My Brother is the retelling of an oft told tale, through the eyes of Jude, youngest brother of Jesus: the early years, the hidden years, and his first miracles.