War For The Spheres (Paperback) 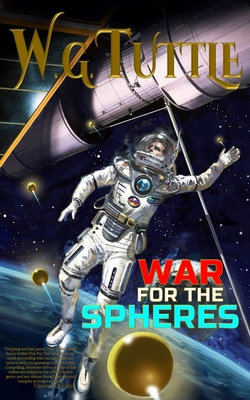 American Astronaut, Hayden Bakley, is an experienced space explorer. As many times as he had been into space, he did not know a quiet, yet, potentially life-altering war for the spheres is taking place all over the world. What if a country, group, or individual seized complete command and control of every orbiter encircling the globe, including space stations? The Outer Space Treaty provides a framework for preventing such seizures, but what if those principles were now thought of as being outdated? That the spheres around the Earth were no different from the land, there to be conquered and controlled. Hayden is drafted into the war for the spheres through no doing of his own. It is up to him and an under-the-radar NASA group to stop such a monopoly from being achieved. For whoever controls the spheres, controls Earth below and space beyond.