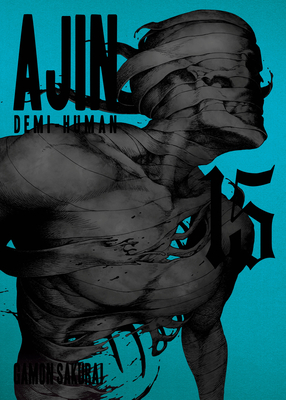 This is book number 15 in the Demi-Human series.

Did the forces of government win the day and lay to rest the undying anarchist? The game plan, as ingenious as it was ad hoc, seemed workable, and to have worked. Unless...it failed to take into account a defining quality of the target, his very raison d'Etre. It's not as if they've never noticed this in him before.

"This is a bit of a surprising series for me, I've been pleasantly surprised by it. Maybe no pleasantly...horrified...no less than 3 times has this title made my hair stand on end... To be surprised by manga is what I'm always looking for when I read, even if the surprise is something as horrible as this." -Manga Hoarder