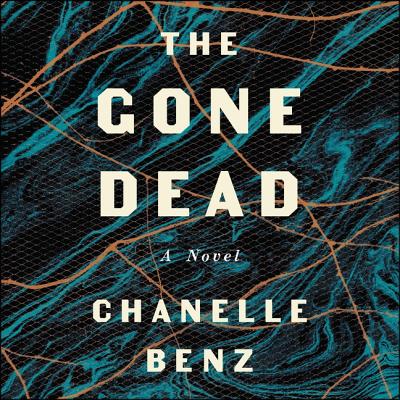 By Chanelle Benz, Bahni Turpin (Read by)
$44.79
Not Available

“Billie James travels to the Mississippi Delta from Philly for the first time since her father’s mysterious death, some 30 years before. Although she was there that night, she has no recollection of the events that occurred, but learns later that she went missing afterwards. This new detail causes her to start digging into what really happened, which gets her into trouble with people who want the past to remain buried. An emotional and tense novel about racism, justice, family, and the truth, Benz’s debut has so much edge to it that I could not stop reading!”
— Carl Kranz, The Fountain Bookstore, Richmond, VA

“The Gone Dead is a haunted mystery set in the ghostly Mississippi Delta, which is not only a setting but a character in this gritty, emotional novel by Chanelle Benz. It’s not hard to get pulled into this suspense novel as Billie returns to her father’s homeland to discover the truth behind his death. She meets all kinds of rundown, enigmatic characters along the way, and discovers herself among the ruins of her past. You will want answers as you enter the minds of the plethora of dubious characters in the fictional, but almost real, town of Greendale.”
— Steve Iwanski, Charter Books, Newport, RI

Billie James' inheritance isn't much: a little money and a shack in the Mississippi Delta. The house once belonged to her father, a renowned black poet who died unexpectedly when Billie was four years old. Though Billie was there when the accident happened, she has no memory of that day--and she hasn't been back to the South since.

Thirty years later, Billie returns but her father's home is unnervingly secluded: her only neighbors are the McGees, the family whose history has been entangled with hers since the days of slavery. As Billie encounters the locals, she hears a strange rumor: that she herself went missing on the day her father died. As the mystery intensifies, she finds out that this forgotten piece of her past could put her in danger.

Inventive, gritty, and openhearted, The Gone Dead is an astonishing debut novel about race, justice, and memory that lays bare the long-concealed wounds of a family and a country.